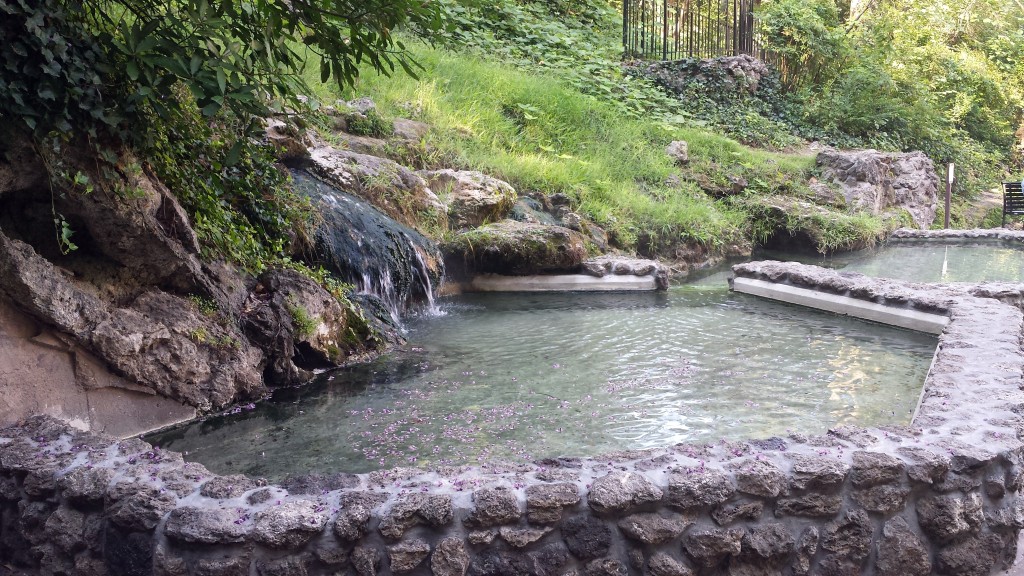 Teddy knew what he was doing for the future of the United States when he designated land, sites and monuments as National treasures. After his death in 1919, his legacy continued as more valuable pieces of our country were recognized for the wealth they inherently brought to the people. One such prized possession is the Arkansas Hot Springs National Park. When we think of national parks, its not an elaborate menu of complex ideas, what normally comes to mind is a vast area covering thousands of acres, away from the city and a relaxing drive out of town.

This relatively little gem is located in the city with it’s world renowned bathhouses situated right on Central Avenue, the main street in Hot Springs, Arkansas. It is considered small, covering only 5,500 acres of land, but what it has to offer is more than grand vistas and sweeping views. The day I visited, renovation was being done on one of the minor bathhouses, and movers were bringing in new porcelain tubs used for individual bathers. I was told that the natural hot springs, with their mineral-rich waters required constant upkeep to maintain a desirably high standard.

Bathhouse Row on Central Avenue gets its inflow of mineral water from the Hot Springs Mountain, part of the Quachita Mountain range which sits right behind the center of this one of a kind park.

While I give credit to Teddy Roosevelt for his outstanding participation of preserving wild lands, the initial credit for recognizing the Hot Springs goes to his predecessor, Andrew Jackson. The seventh President of the US, set this area aside as a “reserved area” in 1832 to keep it protected from commercial rampaging. The federal land later acquired the official designation of National Park in March of 1921. Teddy would have been proud to know his work was being carried on by then President Warren G. Harding.

The springs have long been used by local Indian tribes for what they believed offered medicinal properties. It wasn’t long before the reputation spread far and wide. Soon settlers came to enjoy the natural spas on a regular basis soothing their aching bodies from arthritis, rheumatoid, and general afflictions. Since the early 1800s the area has been a draw for tourists looking to soak in the 143° temperatures and drink the odorless, fresh tasting, chemical free water. Everyday about 700,000 gallons of water flows down the mountain into a complex piping system that fills the 47 separate pools and supplies the free “jug fountains”. Some people swear by the water as a tonic for maintaining health and vitality.
Not just the regular park visitors come for the rejuvenating waters, but back in the day professional baseball teams like the Cincinnati Reds, the Chicago White Stockings, Pittsburgh Pirates all came to Hot Springs, Arkansas to relax and soothe their stressed muscles. From the 1880s until the 1940s a visit to the bathhouses was on the agenda.

Because of its status as a National Park all are welcome. It is not designed for exclusivity, and because of this, visitors come from all over the country. The bathhouses are the main feature of the park, but there are hiking trails and scenic countryside. Have a picnic packed by one of the local restaurants and spend the cool hours of the morning taking in the more rugged part of the park, have lunch and end your day in the spa. There is the first-come-first serve option of the Buckstaff Bathhouse or the modern amenities of the Quapaw Baths that are held with a reservation. Either way you will find Hot Springs National Park worthy of a return trip.